The ingredients used in this dish are super versatile. If fritters aren’t your thing then you can just eat as is and have yourself a delicious cabbage, ginger and dill salad. I would normally add some cucumber here if that’s your plan. It’s one of my favourite combos.Alternatively just fry it off in a pan and have with some noodles or rice with a little soy sauce or sweet chilli on the side. A great side also. 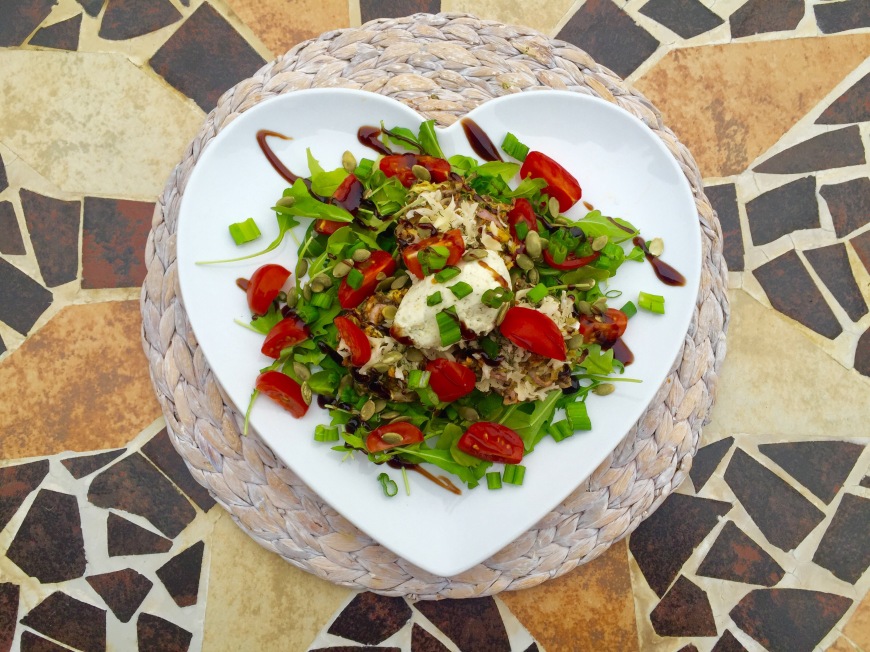 What you’ll need:
Head of cabbage finely chopped. If you aren’t a fan of the ol’ Irish cabbages then grab a Chinese cabbage instead. 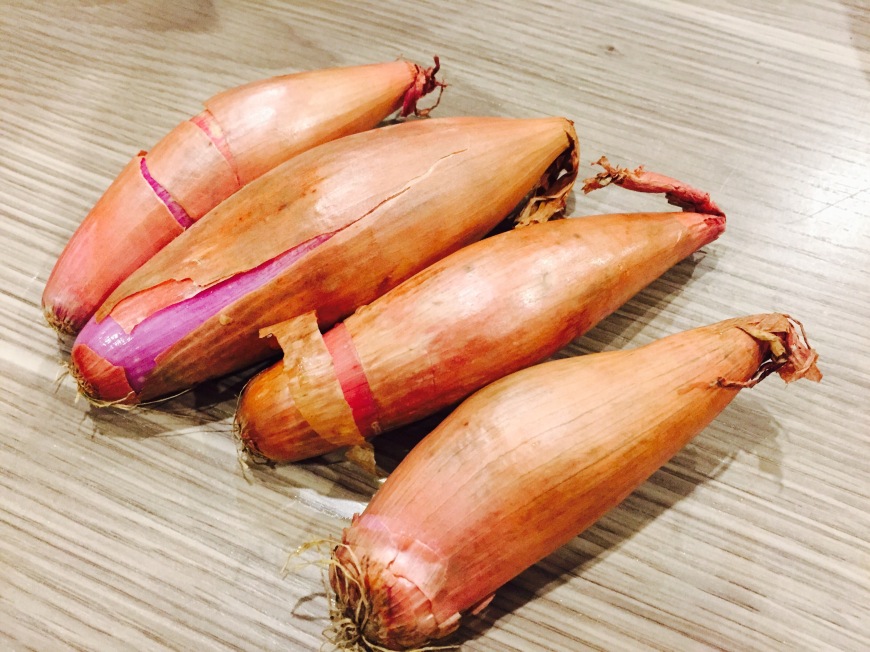 Divide mixture into cupcake holders and pour vegan egg mixture into each one. Filling it about 1/3 of the way up but less is fine too. It’s just to help bind. 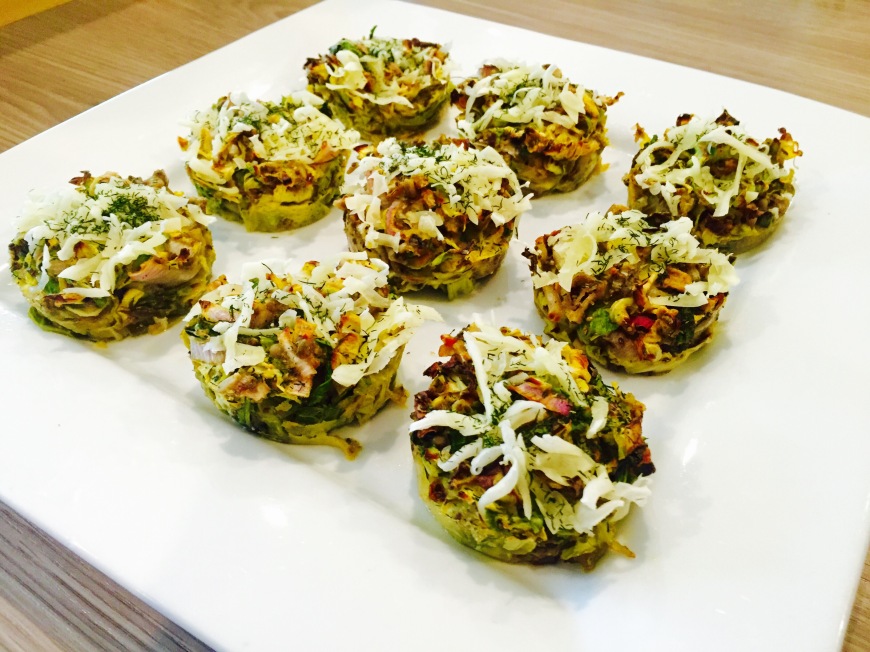 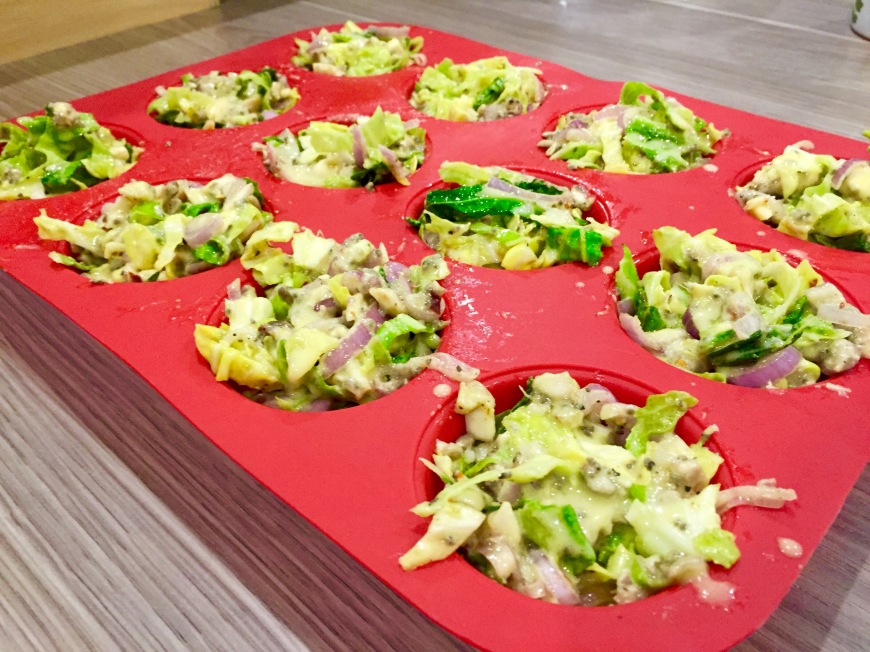 Into the oven at 180c for 25 min. After about 20 min added grated violife vegan mozzarella to each holder. Remove from the oven. Eat right away or leave to cool. They will hold for a few days. Finish with a generous sprinkle of dill and the super delicious cucumber and dill spread from violife. It was just made for this dish. 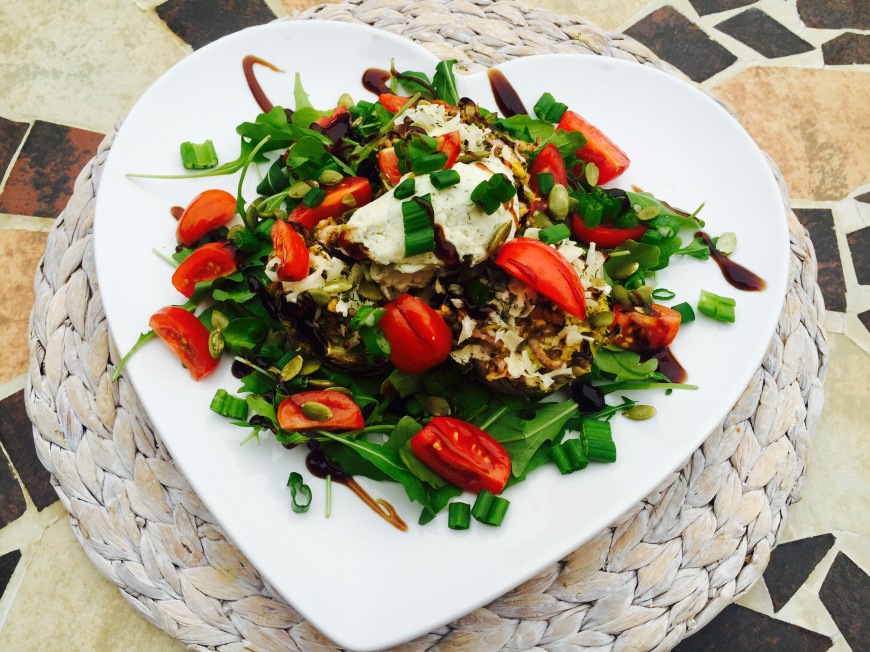 I prettied mine up with some rocket, tomatoes, scallions, pumpkins seeds and balasamic. Voila! These are a fab brunch bite too with some vegan bacon on the side. Yummm….
❤️